The current theme in the equity markets is a relative value play; likely able to get better value outside of the the U.S. equity markets.

In Spain the government will likely break the debt pack with Brussels (European Monetary Union).

On the yield curves, there has been a flattening, but likely to to steepen – how or when is difficult to say now, lots of geopolitical issues are affecting. In general the bond markets this year will see great volatility.

On the British Pound, the Sterling is still cheap relative to the Euro on a historical basis. Europe will have to confront this. On a long term historical basis, it is about 79, currently about 85, but not ready to establish a short position as yet, perhaps keep an eye on this for now: 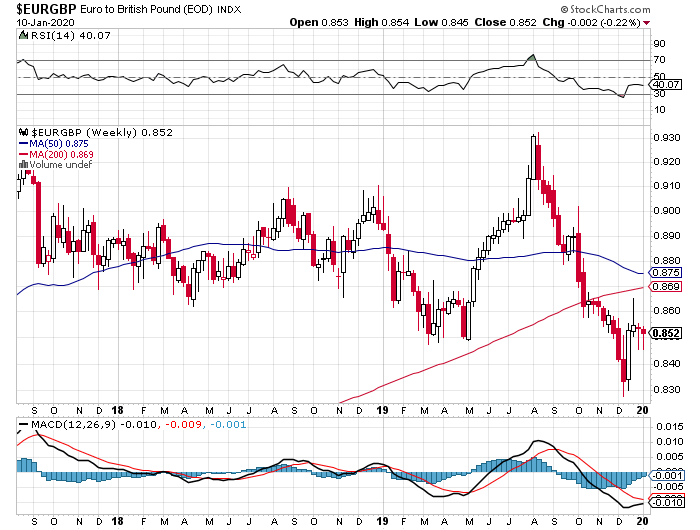